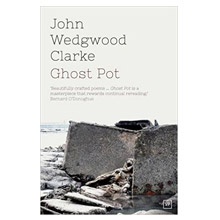 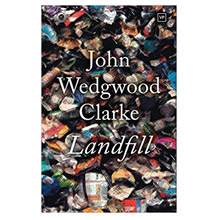 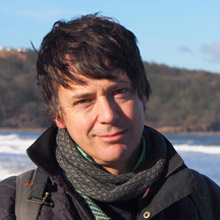 John writes a lot about rubbish. Damaged and dislocated things, places and people are strangely revealing about the values of our culture and where we draw lines between the valuable and the valueless.

He is currently an AHRC Leadership Fellow working on an 18 month creative writing research project about a polluted river in West Cornwall, near where he grew up.

Without realising it, the hours he spent in Methodist chapel gave him a love for poetry and performance. He went on to train as an actor at the Guildhall School of Music and Drama before completing a PhD at the University of York on Modernist poetry. He has published two full collections of poetry, Ghost Pot (2013) and Landfill (2017).

His credits as a writer and TV presenter for BBC4 include The Books that Made Britain (2016) and Through the Lens of Larkin (2017). Individual poems have appeared in The New Statesman, The Guardian, Poetry Review, PN Review, Poetry Ireland, Poetry Wales and other periodicals. John regularly collaborates with other artists and scientists on trans-disciplinary projects, often involving extensive outreach work with participants both inside and outside formal education.

You can find out more about his current AHRC project at www.redriverpoetry.com.